England We Are Dreaming Now

by Harry and the Kanes 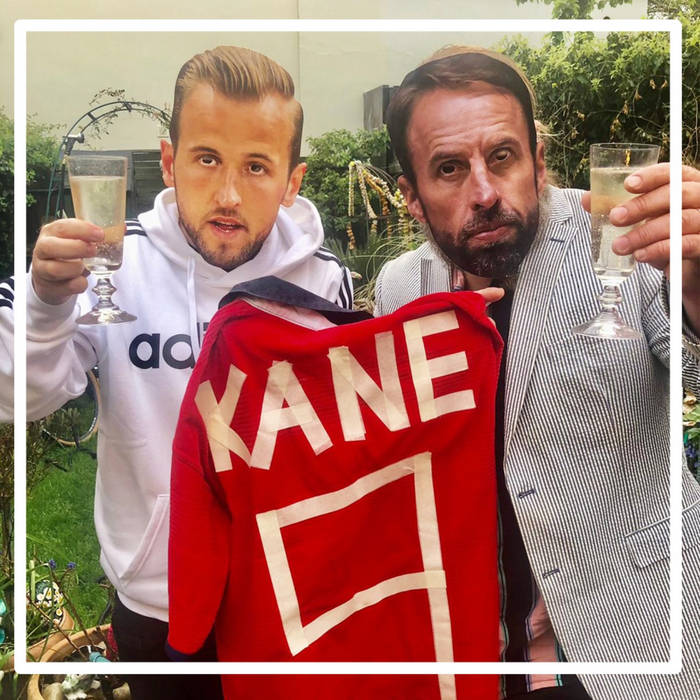 Getting the (foot)ball rolling, we’re delighted to sign mystery new act HARRY AND THE KANES – with their outrageous anthem to celebrate @England talisman @hkane28 with new single out now 'ENGLAND WE ARE DREAMING' backl.ink/146894704

Forged in Chigwell, raised beneath the hallowed turf of White Hart Lane, the mysterious Harry and the Kanes have been locked in a studio for the last 5 years with one goal in life—to create a banger powerful enough to finally catapult Harry Kane and England to European victory!

Set for release on 25th May 2021 via Alcopop! Records, spirited along by a never ending supply of the original 'Three Lions' on CD, Lucozade Sport, and aggressive sponge baths, Harry and the Kanes think—nay, know—they've cracked it, and are now calling on the nation to help

Sick of uninspiring chart battles for Number 1, Harry and The Kanes are guaranteeing that if this single reaches #9 on the UK vinyl chart, #9 on the iTunes Alt Indie Chart, and streams 99,999 times on Spotify, that England are destined to hold the trophy aloft!

ENGLAND! WE ARE DREAMING!!!!

Welcome to the online home of Alcopop! Records, a UK based independent label born from - and dedicated to - the finest indie pop the world has to offer! Have a listen to our wares, drop us a line and if you're feeling flush - buy away!

Bandcamp Daily  your guide to the world of Bandcamp